Pamela Hieronymi was featured in an article in the New York Times and the Daily Bruin as one of the philosophers who inspired the producers of the NBC show The Good Place. Pamela is also a consultant on the show.

Mark Greenberg published an analysis on presidential abuse of pardon power in the Lawfare blog at New York Review of Books.

In December, a group of thirty-five Philosophy faculty, staff, and students volunteered at the LA Food Bank to celebrate the end of the term. Our efforts, along with other volunteer teams that morning, provided 13,411 meals to those in the community. 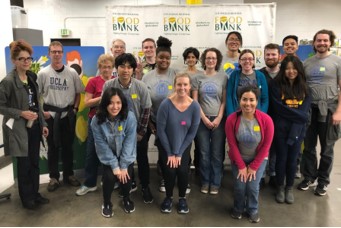